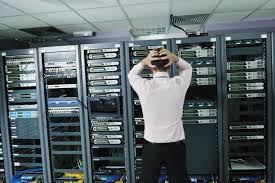 In the late 1980’s the people of the time were presented with a great new piece of technology: the VCR. This invention allowed TV lovers the option of never missing a favorite show, or having to wait for a rerun. We could record a show on a VHS tape and play it again later, allowing for many viewings. A few years went by and there were many advancements in technology, and as technology grew, as did the demand for new ways of recording and viewing television programs.

New recording devices soon filled the store shelves: these were the DVRs and TIVOs that were manufactured for easier recording. These devices allowed TV viewers to record many shows at once and had large storage capabilities. People were ecstatic that they could finally have more efficient methods of recording favorite shows and programs. Many of these devices even offer the opportunity to pause and rewind television as it airs, a feature that was well received by thousands.

A few years after DVRs and TIVOs became sensations, broadcasting companies figured out that there was a large demand to be able to view shows online. As such, Hulu was created as a way to provide an online location for various television shows. Soon Hulu expanded and was able to provide a greater selection, including shows that aired the previous day. Television stations soon realized the benefit of providing recent episodes online and so created their own viewing areas on their websites. These websites always appear with advertisements, in order to pay for them to be online, and also usually expire within a month or so.

Another method of viewing shows right after they aired on television is the use of ITunes and similar video download providers. This original music downloading service, now allows the purchase of movies and TV shows. TV shows from ITunes are either purchased individually or in season packages. The cost is usually a little high, but the downloading option allows the buyer to watch the episodes with no internet connection. Other downloading services, like Amazon Video, also offer next day availability of new episodes—Amazon is typically cheaper than ITunes, though episodes are charged individually even with a season pass while ITunes charges for a season all at once. Google and Microsoft have also started to provide videos for downloading.